Freddie Mac released its May 31st, 2007 weekly results of the Primary Mortgage Market Survey, (PMMS), with interest rates for the following programs:

* Five-year Treasury-indexed hybrid adjustable-rate mortgages (ARMs) averaged 6.19 percent this week, with an average 0.5 point, up from last week when it averaged 6.02 percent. A year ago, the 5-year ARM averaged 6.26 percent.

* One-year Treasury-indexed ARMs actually fell from 5.64 percent to 5.57 percent this week with an average 0.6 point. At this time last year, the 1-year ARM averaged 5.68 percent.

There was a truckload of economic data this morning, and it was overwhelmingly positive on the economy. “The rate rise resumed today on news that May payrolls exceeded already-strong expectations, up by 157,000 jobs, unemployment still a dead-low 4.5%; and the purchasing managers’ index of manufacturing continued its recovery, up to 55 from near stall only sixty days ago,” says Lou Barnes of Boulder West Mortgage Credit News in his weekly commentary on the mortgage market.

“April’s total home sales (including condominiums and co-ops) were below the pace of last year, and the S&P/Case-Shillers’ 20-market composite index shows home values off by 1.4 percent over the year ending March.” Says Lou Barnes, the OFHEO House Price Index (the best of the bunch, worth study at OFHEO) had a .5% gain in prices from the 4th quarter 2006 to the 1st of 2007, and a 4.5% increase year-over-year. Across these two studies, ‘flat’ is the statistically significant word for prices.” 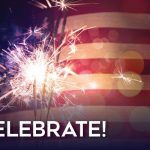 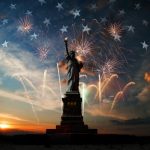 🇺🇸 HAPPY INDEPENDENCE DAY  2020 ! ! 🇺🇸   🎆 🎉 🏖️    To the land of the free and the home of the brave, long may our star-spangled banner wave! Enjoy a safe and sparkling Independence Day! What are your plans to celebrate this July 4th holiday? ⛵ 🍔 🌭 🥂 … END_OF_DOCUMENT_TOKEN_TO_BE_REPLACED

What’s New in South Florida and the Treasure Coast Markets  Luxury Homes and Lifestyles – June 2020   Highlights: Happy Father's Day - Best Wishes for an Amazing Day to all Dads !! June is National HOMEOWNERSHIP MONTH - what are the benefits of home ownership!  Do you have any other benefits to add? 3 Reasons This Recession and Real Estate Market Related to COVID-19 is … END_OF_DOCUMENT_TOKEN_TO_BE_REPLACED

What’s New on IsabellaScott.com for July 2020